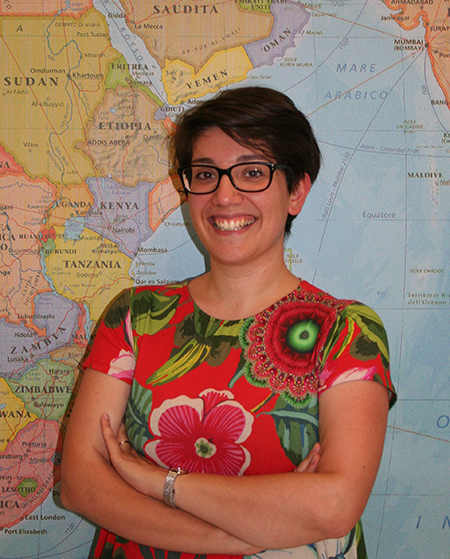 Her interest in foreign languages and cultures led her to enroll in a three-year degree in Foreign Languages and Literature at the University of Macerata, from which she graduated with the highest marks, submitting a thesis in Anglo American literature.

During her university career, she participated in international mobility projects at Universität Wien (Austria), the University of New England (NSW) and the University of Gafsa (Tunisia), improving her language, relational and intercultural skills.

In 2010 she completed a Master’s degree in Didactics of Italian Language as L2 / LS from an intercultural perspective at the University of Macerata, presenting a project work on the analysis of the linguistic-cultural needs of a group of students, who she worked with during her training internship for the Master, and the consequent design of a didactic activity addressed specifically to them.

Thanks to this experience, she began her four-year collaboration with Edulingua – Italian Language and Culture Laboratory. In these years she has also been co-author of four books in the Letture Graduate Giovani series published by Eli (Decameron – Novelle scelte, Le Tigri di Mompracem, Il souvenir egizio, Destinazione Karminia).

She regularly participates in upgrading courses and workshops on the Italian L2 / LS teaching technique, and she has also approached to the glottodidactic techniques proposed by the Dilit method.